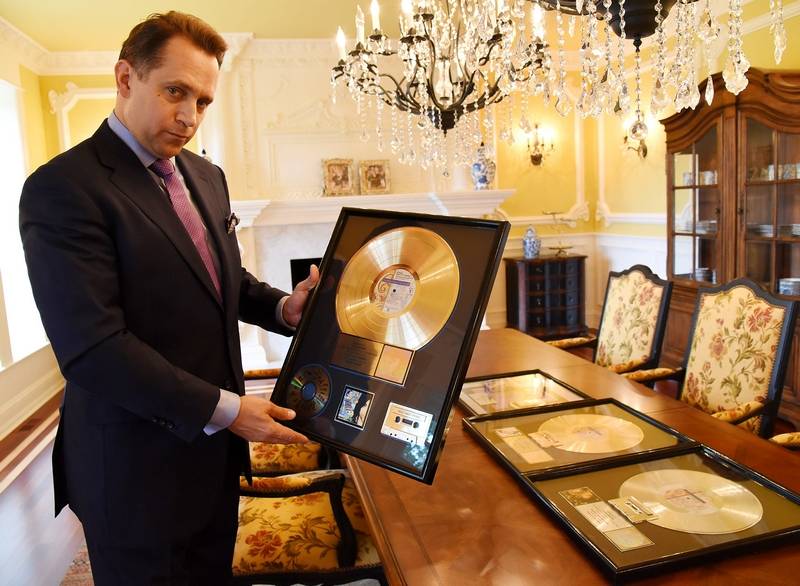 Barrington Hills resident Andrew Stoltmann has been a Prince fan longer than he’s been a lawyer. Stoltmann is representing a client in Prince’s estate case.But in 17 years of practice he never had a connection to the musician and singer until now, when he finds himself holding onto some of Prince’s gold and platinum records as he works to help settle an estate valued at about $300 million. In early May, about two weeks after Prince died, Stoltmann was asked to represent Prince’s niece in the estate case. Stoltmann, who has offices in Barrington and Chicago, accepted and became the lead counsel for Brianna Nelson, 31, of Milwaukee, Wisconsin. She spent much of her childhood at Prince’s Paisley Park mansion because her deceased father, Duane Nelson Sr., was Prince’s half-brother and the head of Prince’s security team, Stoltmann said.

“Sorting through the alleged heirs has been a daunting task since literally some 400 people have claimed to be related, with 99 percent of these people actually being not related,” said Stoltmann, 44. A Minnesota judge has ordered DNA testing to determine rightful heirs.

Stoltmann has been doing primarily investment cases since 1999. His clients have included professional athletes from the NBA, NFL, MLB and the PGA as well as some Hollywood actors. The only one he can mention is former Chicago Bull Horace Grant, who won a $1.46 million award against a brokerage firm about four years ago. Many other cases are settled with strict confidentiality clauses, so client names cannot be disclosed, he said. But this is the first case he’s had involving a musician of Prince’s caliber. Prince, whose real name was Prince Rogers Nelson, died at age 57 on April 21 at his Paisley Park mansion in Chanhassen, Minnesota. His massive musical catalog includes “Purple Rain,” “Little Red Corvette,” “Let’s Go Crazy” and “When Doves Cry.”

Since May, Stoltmann has traveled from Chicago to Minnesota numerous times for court-related matters in the case.

Then, on Aug. 3, he had a chance to tour Prince’s mansion.

Prince’s personal items were still there, including his drum sets, pianos and other musical instruments. Besides the home, the property includes a 25,000-square-foot concert hall, where Prince would practice his stage show and sometimes perform on short notice. “It was simply amazing,” said Stoltmann. “It is a 55,000-square-foot home that is exactly what you would expect a home of a rock star of his magnitude to be like. Sitting in his studio where many of his biggest hits were recorded was almost surreal. Seeing his instruments that he used to create some of the biggest hits in the last 30 years was really cool. I really enjoyed seeing his Oscar for ‘Purple Rain’ and his Grammys.”

Because Prince died without a will, the distribution of his estate is determined by Minnesota law. Without known children or surviving parents or spouse of the deceased, the estate then goes to the brothers and sisters or half brothers and half sisters or their heirs. The same type of issues that popped up with the estates for Michael Jackson and Elvis Presley have arisen in Prince’s case. They involve valuations of unreleased music and memorial concerts, he said.

In fact, Stoltmann is providing input on a Prince memorial concert scheduled for Oct. 13 at the U.S. Bank Stadium in Minneapolis. Joanna Sunderland, a Chicago resident and lawyer, had referred Stoltmann to Brianna Nelson after working with Stoltmann on a couple of cases years ago.”Andrew has a rare and wonderful combination of being super intelligent, a good writer, and a great person,” Sunderland said. “I knew he would be the person to handle this.” 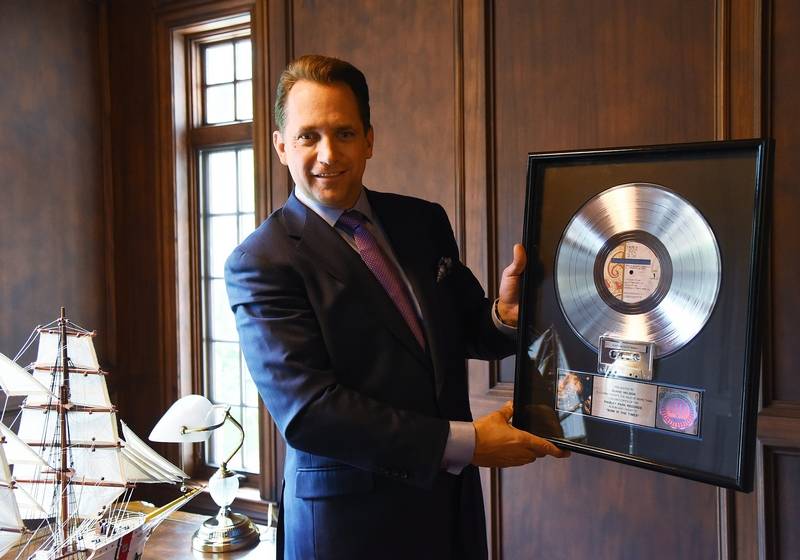 Andrew Stoltmann, who is representing Prince’s niece in the musician’s estate settlement, holds a platinum record for “Sign ‘O’ The Times” at his home in Barrington Hills.

The Nelson family gave Stoltmann some of Prince’s gold and platinum records in appreciation for him handling the case. He told them he would hold them until they ask for them back. The gold and platinum records, given by the Recording Industry Association of America, represent huge album sales. Though not actually gold, they sell for thousands of dollars to collectors. Andrew Stoltmann, who is representing Prince’s niece in the musician’s estate settlement, has a gold record for Prince’s “Lovesexy” at his home in Barrington Hills. 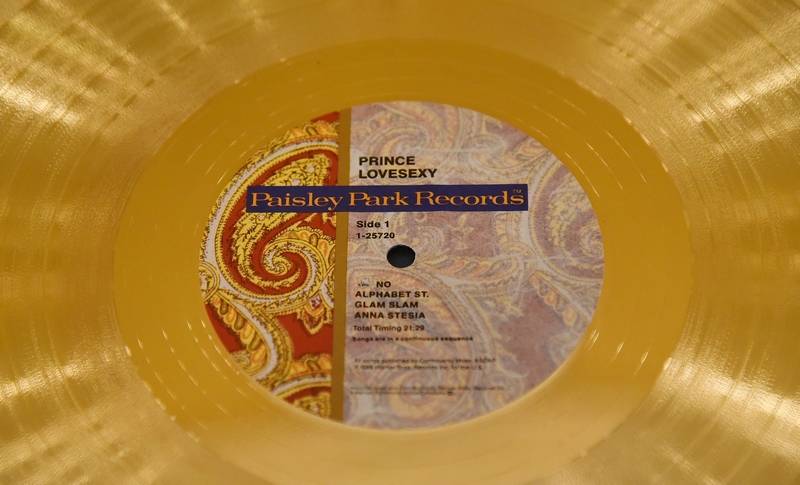 Andrew Stoltmann, who is representing Prince’s niece in the musician’s estate settlement, has a gold record for Prince’s “Lovesexy” at his home in Barrington Hills.

The gold and platinum records likely will be used as evidence in the case on behalf of his client. They help show the close relationship Prince had with Brianna, as well as with her dad, Duane, which is an important issue in this case, Stoltmann said. They are being kept in a locked vault. The gold and platinum records are not part of the estate, since they were given by Prince to his half-brother and then passed to his client, Brianna Nelson. It is hard to estimate their value, Stoltmann said. It is also hard to estimate when the estate matters will be settled. The case is likely to last years, Stoltmann said. “I really love a challenge,” Stoltmann said. “It is a high-profile case involving one of the biggest musicians in the last 30 years on an estate that has been estimated to be worth about $300 million. I’ve been a massive Prince fan since I was a teenager, so getting brought in on it was really cool.”

The posting on this site are mere OPINIONS and NOT statements of fact in any way whatsoever. The information should not be relied upon and there have been no findings made against the firms or individuals referenced on this site. In addition, this Blog is made available for educational purposes only and incorporates information from the web as well as to give you general information and a general understanding of the law, not to provide specific legal advice. By using this blog site you understand that there is no attorney client relationship between you and Stoltmann Law Offices (10 S. LaSalle, Suite 3500, CHICAGO, IL 60010, 312.332.4200). The Blog opinions should not be used as a substitute for competent legal advice from a licensed professional attorney in your state. PLEASE NOTE THIS IS ADVERTISING AND IT IS NOT A NEWSPAPER ARTICLE OR POST FROM AN INDEPENDENT OR NON-BIASED, NEWS SITE, NEWS SOURCE OR NEWSPAPER.